With the addition of the Karelian dragoons, I believe I've now completed my 28mm Savolax brigade for now. There would be two additional demi-battalions of infantry and the Karelian jägers to add, but the brigade was broken up early in the war and the Savonian infantry battalions didn't fight together so this is more like a typical force. I've designed this set to be used using Sharp Practice, so the dragoons are a bit overrepresented (the unit size in SP is 8). All in all, I think they came out nice. Now, if I could just muster the will to start doing some Russians for them to fight... 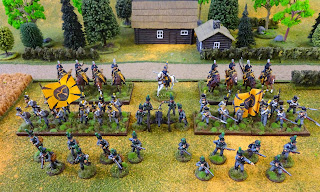 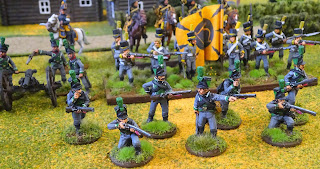 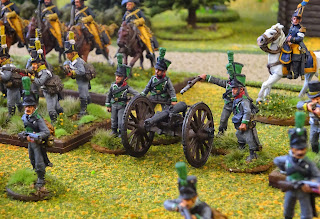 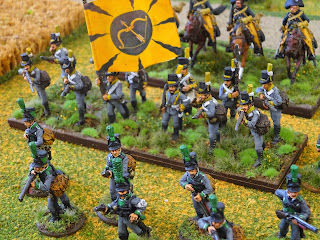 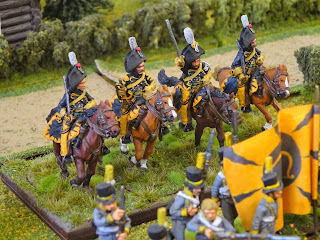 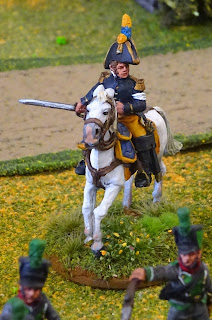 There are some models I needed for my Russo-Swedish War 1808 project that haven't been made yet by the Perrys. There is no artillery for the Swedes and they don't have a mounted officer available, so I checked their catalogue and found a couple of sets that were ripe for converting. 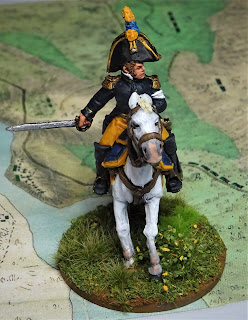 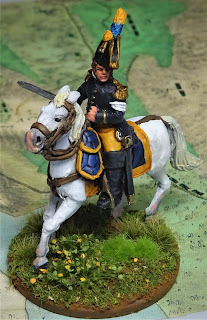 This Swedish mounted colonel was made from a Perry French colonel. The uniform was almost a perfect match to the Swedish m/1801 uniform many of the higher-up officers used during the war. I just needed to remove all the doo-dads the original model had across his chest, work on the bicorne a bit and give him that white armband. The figure was an absolute joy to paint and I love that heroic pose. I haven't decided who exactly this model represents but Sandels isn't far off? 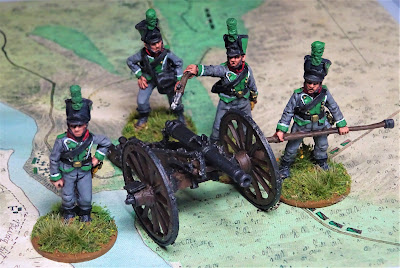 The Savolax Brigade I'm working on had their own artillery company. The guns were mostly 3-pounders and the men wore the same uniforms as the Savonian jägers did. The Perry Danish 3pdr was a pretty good match. I had to do a bit of filing and sculpting on the shakos to match the Savonian one, but it was just four models so it was quick to do. 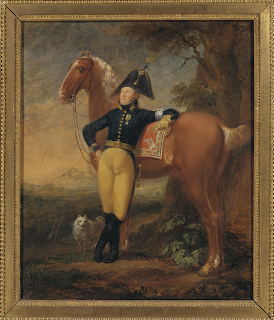